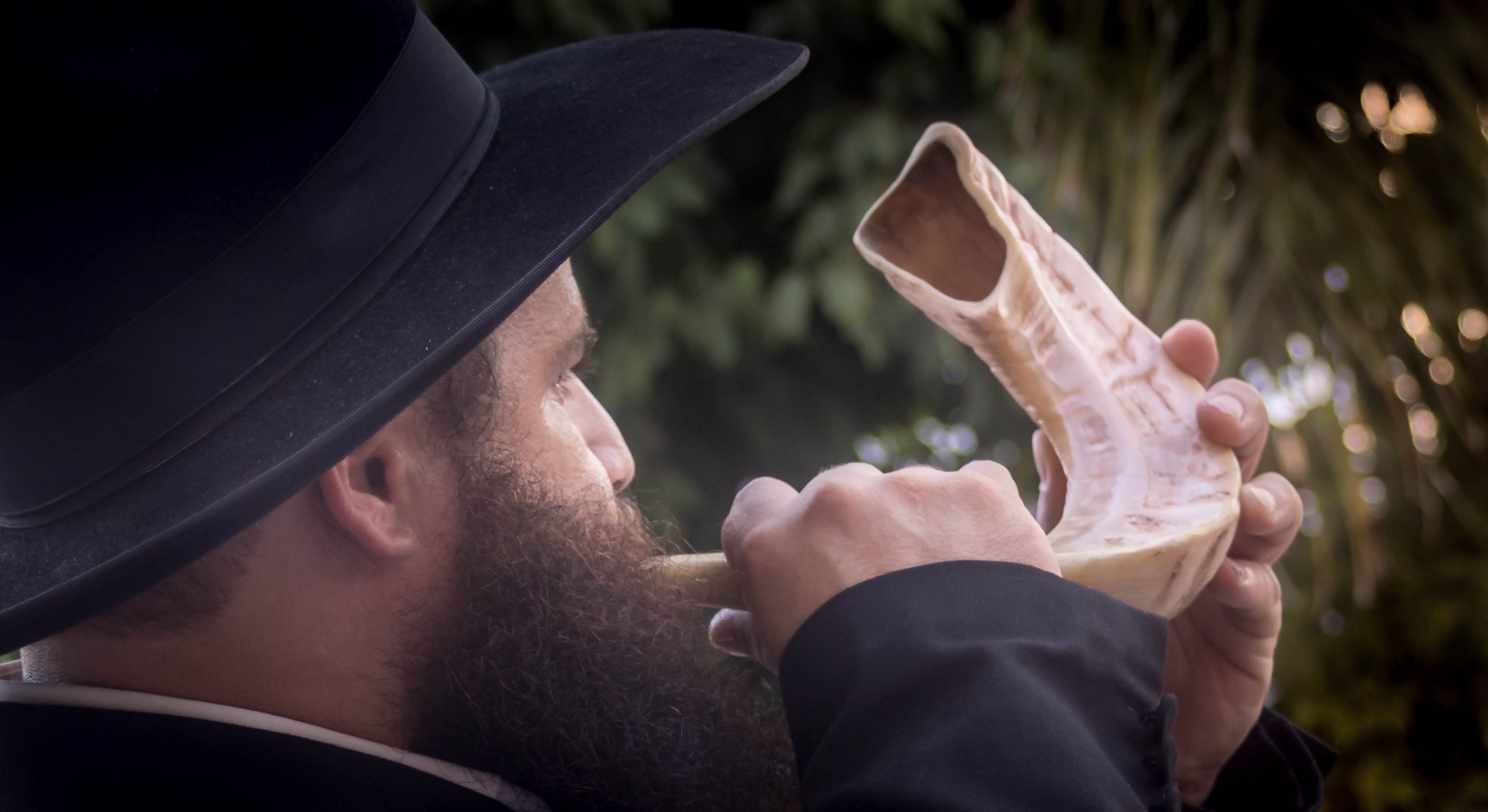 On Monday, September 10 at 6:30 pm, we will celebrate two Hebrew feasts—one traditional holiday (Rosh Hashanah) and one biblical High Holy Day or appointed day of the Lord (Yom Teruah).

This is not a fast day, but it is considered a Shabbat, a day to delight in the Lord.  So, no work is performed beginning Wednesday at sunset until Thursday at sunset.

Let’s look now at both the traditional Jewish and biblical Messianic understanding of this holy day.

On the first day of the Hebrew month of Tishrei (September 20), we will celebrate Rosh Hashanah (Head of the Year) along with Jewish people around the world to mark the turning of the civil calendar from the Hebrew Year 5777 to 5778.

While seven often represents completion in the Bible, the number eight represents a new beginning.  So this year 5778 is seen as an opportunity to make a fresh start.

The origin of this holiday as well as the actual Hebraic calendar year we are living in is often disputed, but one prevailing idea in Jewish thought is that on this day 5,778 years ago, God created Adam and Eve.  Therefore, that is the day when the counting of days as we know it began.

On this day, more than a few traditional foods are eaten, such as apple slices dipped in honey. Eating this as the first food on the eve of Rosh Hashanah (Wednesday at sunset), is considered an omen, a prophetic symbol of hope to usher in a year of sweetness.

This day also begins the Ten Days of Awe (Yamim Nora’im) that lead up to Yom Kippur (Day of Atonement). On Rosh Hashanah, the first day of the ten, it is believed that God writes the names in the Book of Life of those who have received such merit.

For those who have not quite reached that status, there is still time in these next ten days to reflect, repent, and amend their ways. On the tenth of Tishrei or Yom Kippur, however, God seals His judgment and closes the Book of Life for another year.

Most notably, Rosh Hashanah is celebrated with trumpet blasts—not only to ring in a new year but as a wake up call—a call to reflect on our relationship with God and man as Yom Kippur approaches.

But there is so much more to these blasts than to usher in a new year or even a call to repentance.

We blow the trumpet on this appointed day of the Lord because It is a mitzvah (commandment) from God, and it has tremendous prophetic significance in the appearance of our Messiah.

This appointed day of the Lord is called Yom Teruah!

“On the first day of the seventh month you are to have a day of rest [Shabbaton], a sacred assembly commemorated with blasts [Zichron Teruah]” (Leviticus 23:24).

This day is considered a Shabbat or Sabbath commemorated with blasts. But why is this day so important to God?

He does not specifically tell us in the Torah (first five books of the Bible). Here, in the book of Leviticus, we are only told to keep the day as a remembrance (Zichron) and to commemorate it with Teruah, which means a loud blast or shout, often as joy or as a battle cry.

Throughout the Torah, God had commanded teruah for many reasons, such as in the battle of Jericho just before the walls came tumbling down:

“As soon as the people heard the sound of the trumpets, they raised a great shout (teruah), and the wall fell down flat; so the people charged straight ahead into the city and captured it (Joshua 6:20).

Here the people gave a teruah (shout) and God gave the victory.

Instead of shouting to make teruah, the trumpet can be blasted instead.  A trumpet or ram’s horn (shofar) has been used to call a sacred assembly, hail a king for his coronation, proclaim liberty to the captives, confuse the enemy, and warn of impending judgment.

We find many of these reasons combined in the prophet Joel’s prophetic sound of alarm:

“Blow the trumpet in Zion, and sound an alarm in my holy mountain! Let all the inhabitants of the land tremble, for the day of the Lord comes, for it is close at hand” (Joel 2:1).

In this trumpet blast, we are called to repentance, for the Day of the Lord is truly at hand. The traditional call to repentance is blown in the video below.

While the Spring Feasts of Passover (Pesach), First Fruits (Bikkurim), and Pentecost (Shavuot) have already been fulfilled in Yeshua’s first coming, Yom Teruah is the first of the Fall Feasts and the first to be fulfilled in the process of Yeshua’s second coming.

“For the Lord himself, with a cry of command, with the archangel’s call and with the sound of God’s trumpet, will descend from heaven, and the dead in Messiah will rise first” (1 Thessalonians 4:16).

Rabbi Sha’ul again connects a shofar blast with the resurrection of the dead and our transformation in it:

“Listen, I will tell you a mystery! We will not all die, but we will all be changed, in a moment, in the twinkling of an eye, at the last trumpet [shofar]. For the trumpet will sound, and the dead will be raised imperishable, and we will be changed (1 Corinthians 15:51–52).

That is the great hope for each of us who has made the sacrifice of Yeshua HaMashiach (Jesus the Messiah) the sacrifice for our sins.  As we will see on Yom Kippur (see our calendar), Yeshua alone has become our final atonement, paying the wages of our sins, setting us who have been captive to the death of sin, free.

Now that’s a reason to shout—teruah—Alleluyah!

Celebrate with us on Wednesday, September 20 at 6:30–8:30 pm as we blow the shofar 100 times, fulfilling the command to commemorate the day with teruah.  Afterwards, join us for oneg (joyful meal) as we celebrate this appointed day of the Lord in God’s prophetic calendar.

Are you feeling called to blow the shofar?  Not sure what a shofar is or how to blow one?  Check out this detailed video on the ram’s horn shofar. Some of these tips are helpful for blowing the Yemenite horn as well.

Shalom dear congregation, As our holiest day of the year - Kol Nidrei/ Yom Kippur is here, we, at Beit Lechem Messianic Congregation, would like to give you a practical... 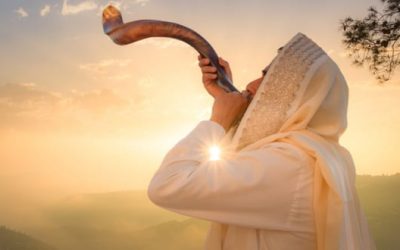 Why We Observe Yom Kippur (Day of Atonement)

"This is to be a lasting ordinance for you: On the tenth day of the seventh month you must deny [anah] yourselves and not do any work—whether native-born or a foreigner... 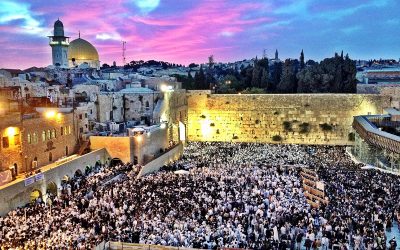 Shavuot: Three Gifts, One Appointed Day of the Lord

What is Shavuot (Pentecost) and why should Messianic Believers and all Christians care? Discover the Hebrew roots of this appointed day of the Lord.